Syrian soldiers hang the flag of the SAR atop a truck in Barza declaring it almost rat-free.  They distributed food and sustenance to the remaining citizens.

Barza:  Don’t you believe a word of what the FSA propaganda mills are spewing:  that the FSA came to a truce agreement in Barza with the SAA.  No such thing took place.  They are trying desperately to buoy up the flagging morale of a defeated horde of imbeciles who could not stand the cold any longer – or their feckless command in Turkey.  Here are the names of yesterday’s J.N. rodents killed by the SAA and NDF:

‘Adraa Town:  Near the Al-Baaz Fuel Station, the Al-Jabha Al-Islaamiyya got creamed by SAA and security when they were caught slinking around in vans filled with ammunition.  13 rats killed and 4 taken prisoner.  No names.:

Reemaa Farms in Doumaa area:  J.N. lost 5 rats to the NDF.  They were sniped down trying to escape an attempt to encircle them.  No names.

Al-‘Aaliya Farms in Doumaa area:  The Barza victory is having an effect.  With more troops available, SAA is now cleaning out whole areas which were once more intractable.  In a few days, there will be no rats in this rural area. Watch for Harastaa!

Daarayyaa:  Some snipers were caught and killed.  They were cremated.  All were foreigners.  No names.

Khaan Al-Shaykh:  At the Al-Qusoor Intersection, Political Security forces seized vans and 3 pick-ups with the usual Bandar-Doschkas.  They were in pristine condition and will be turned over to NDF.

‘Irbeen:  Fighting now for their lives, J.N. and L.I. are bottled up to the north.  No details as intense fighting continues.

Jawbar at the Central Corniche, SAA killed these vermin:

Another 3 were taken prisoner.

Al-Rastan at the ‘Ali Aksah Farms:  SAA killed 32 rodents in a firefight that lasted 7 hours.  Major fatalities here for rodent J.N. army.  Notorious criminals killed in stunning battle that might mean the end of the rodent presence in this area:

OUR DEEPEST CONGRATULATIONS TO THE SUWAYSS CLAN OF DUNDERHEADS FOR THIS SIGNIFICANT CONTRIBUTION TO THE RAT SOULS IN HELL.  GOOD SHOW.  KEEP PRODUCING THE RUNTS.

The other 30 appear to be foreign or did not carry valid documents.  The Suwayss brothers were identified by photos in possession of police. They were wanted for kidnapping and murder.

IDLIB:  As the rodents continue to feed off one another along the Turk border, the SAA and NDF continue to slowly, but deliberately, hunt them down such as in Binnish yesterday when they killed these 11 rodents belonging to the “Ahraar Al-Shaam” (Free Fighters of Syria, yawn):

The other 4 were not identified and are believed to Iraqi.

ALEPPO: It appears Operation Canopus Star is going on schedule.  The withdrawal from the Al-Kindi Hospital is now making sense.  At first, it seemed to be a symbol of SAA determination, i.e., not that the institution was important or functioning (which it wasn’t), but that the rats had to see a red line over which they could not cross.  Then, as Operation Canopus Star exploded on the scene, there was a greater need for boots and they were at the hospital to the tune of 300+.  General Ayoub clearly believed that the soldiers and guards defending the dilapidated hospital could be put to more use in other locations.

Kuwayris:  The rats cannot hold out much longer here.  2 full divisions have now arrived.  I predict you will be hearing about a push to clear out the village and the airbase perimeter very soon.

Judayda:  Skirmishing with no details.

‘Itmaan:  2 pickups with machine guns and 2 vans loaded with ordnance were destroyed:

The other 5 were not identified.  Another 4 were taken prisoner.

Al-Hiraak:  19 confirmed rats killed in vans as NDF halted a convoy and opened fire. SAA Brigade 52  arrived to help finish off the rodents:

I have no names for the rest of the dreck.

Saudi Arabia leads the world in human body parts dropping from the sky.  Don’t believe it? Read this: 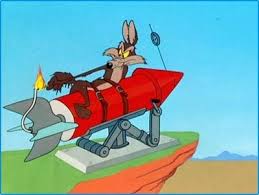 Here’s one from Captain Mustafa of an FSA dame who couldn’t swipe a toilet clean – even with lessons:

ISIS was created by the Assad regime to torpedo the revolution.

Please be patient as the rebels do a little house keeping and then we can get back to killing useful idiot Alawites. As soon as our Sunni brothers in Iraq clean out the Shia elements in their government, then the backdoor supply route to the Assad regime can be cut off. Its about damn time is all I can say, Long live the revolution against tyranny. Iran arab spring is about to begin. The days are getting brighter.

YOU OBVIOUSLY ARE A FRUSTRATED RAT! ASHIT TAFKIR OR DEMON WHABI FREAK..WE ARE ALL LOOKING FORWARD FOR PEOPLE LIKE YOU TO DISAPPEAR AND BE ELIMINATED FROM THIS PLANET ONCE FOR ALL….

This scary Assyrian-Chaldean deity … is the one that appears at the beginning of the famous film THE EXORCIST ! … his name is Pazuzu (there are diminutives and variations), it appears under the name of “Zozo” in a book of the nineteenth century … INFERNAL DICTIONARY!

Syria rebels kill 34 foreign fighters in northwest -monitor BEIRUT, Jan 7 (Reuters) – Syrian rebels have killed 34 foreign fighters from al Qaeda-linked groups in the northwest of the country over the last three days, the Syrian Observatory for Human Rights said on Tuesday. The killings in the Jabal al-Zawiya region appeared to be part of the wider confrontation by an alliance of rebels against the Islamic State in Iraq and the Levant (ISIL), across rebel-held territories of northern and eastern Syria. Observatory director Rami Abdulrahman said most of the 34 dead were ISIL fighters, along with some others… Read more »

Do not trust SOHR or the so-called Network. They are all compromised sources. Ziad

Lebanon Christian Library with 80,000 Books Is Burned Down After Owner Was Falsely Accused of Insulting Islam, Mohammed

I’m aware of this. They now know the priest had nothing to do with any anti-Islamic activity. They are shameless. Ziad

Well it`s been some time since i last put words to file. As one could predict the SAA have taken on the dark forces and shown HEART and COURAGE in the face of much evil. The young ladies in the NDF documentary by presstv tells a story not just by their words. GOD and GOODNESS are ONE so fear nothing and just protect your country our children and those of age. The RUSSIAN vol job shows a weak hand by those dark apes , me thinks the retal will have been planned and prepped from 2008 which will follow by… Read more »

And bless you too. Do you like rap music? Ziad

Now, if only he’d drive his car into the so-called royal family of apes. Ziad

There are reports on Syrian Facebook pages.. that the FSA (or many from it) are surrender to the Syrian Army and joining them to combat Alnusra and other terrorist groups. Unfortunately is not the happy ending i was expecting. SInce they only surrendering because the other choice was being killed and they collaborated with Alqaeda. So will have been more nicer a total crush of the terrorist ,in a way that they realize there is no God in their side. But i guess ,the case of Syria is very special ,and have too much enemies to combat , so maybe… Read more »

I have my bag of popcorn ready. FSA people are surrendering in record numbers. My sources can’t keep up with statistics. Ziad

Little by little the truth is coming out on the corruption of Erdogan and his ministers.
http://www.voltairenet.org/article181671.html

AL-Azhar University of Cairo to launch a TV channel.
http://www.voltairenet.org/article181668.html

This is getting better and better.. Hopes to see a War criminal Court against Ergogan Government. . its main leadership executed in Public ,perhaps burned alive..that will be proper ..including its parliament of the ruling party and top military generals who helped him.. and a penalty to all Turkey citizens a,mandatory Tax to every Turkey citizen in order to pay for the damages (100 $US Billions) caused by Turkey fore their support to Terrorist..in Syria Infrastructure and thousands of killed Civilians at their hands. A similar war crime tax exist to Germany after World War 2.. Where every German family… Read more »

Dr. Jaafari, Syria’s delegate to the U.N. has formally requested an investigation by the S.G. into the acts of the Turkish government. That’s going to be a good one. Wait for the fallout. Ziad

I know you’re keeping busy, but would love to see one of your excellent maps again soon – especially with the current status around greater Damascus and Aleppo. Keep up the good work!

Thank you. I’m expecting a map of Aleppo soon. Damascus is going so well, you might not need to see one. Ziad

Thanks for the updates.

Hello Mr. Ziad, Greetings to u. TYVM for responding to all of our posts. UNITED States of America – It can now be reported that U.S. Treasury Secretary Jack Lew, acting on direct orders from the U.S. Military, has presented evidence to both U.S. Supreme Court Chief Justice John Roberts and U.S. President Barack Obama that the 9/11 attacks on the United States was an inside job planned by the U.S. NSA (National Security Agency), Israeli and Saudi Intelligence…… Stories we are working on: 1. Former Bush Administration U.S. Treasury Secretary John Snow’s appearance before a Federal Grand Jury investigating… Read more »

Thanks for that Sam. According to ‘those guys’* expect a sudden, un-expected military coup in US. *www.theyfly.com.

Your correct anon. It will be a sudden unexpected military coup with the demise of the NSA being combined with CIA. Then the redundancies from NSA fired. Probably be a military junta of three military officers until elections are held again.

Jack Lew is Jacob Lew, an orthodox jew. As much as I’d like to hope that the real story of 9/11 gets told, I don’t think Jack Lew is gonna be the guy to do it.

What is this with Jews being at Treasury? In any case, this one bears monitoring. I used to think the conspiracy theories were bunk. I’m wrong. Thanks, Ziad

Note the pedigree of the last 3 chairmen of the federal reserve. Alan Greenspan, Ben Shalom Bernanke ( his middle name is shalom ) and now Janet Yellen. In any case, we can all agree that when the scales fall from people’s eyes on conspiracies it is a disquieting but profoundly important time. Let us not forget that by the larger public we would all be regarded as wackos for saying that the syrian war features al quaeda largely as the opposition and they are controlled trained and funded by the west and the gulf ( less so now, but… Read more »

Greetings zozo I wish you a happy new year and blessings to our mighty SAA and NDF!

ZOZO is thought to be a demon who has been documented since the early 1800s.Apparently there are other Z named entities with ZOZO being the most prevalent. This alleged demon is said to attach itself to certain unlucky individuals who venture into it’s domain. Some claim ZOZO will go to any length to trick its naive callers. http://www.youtube.com/watch?feature=player_embedded&v=Xs54Rx9NEiI

The Exorcist Merrin VS Pazuzu.http://www.youtube.com/watch?feature=player_detailpage&v=Su4s7C1bEfY

Here is a video which some may have seen before but shows the corruption and lies that were used to fool many in the early days. Pretty uplifting as well.

Best wishes to SAA and their friends in Syria

Absolutely fabulous. Thank you. It’s going to be in today’s post. Ziad