Khirbat Ghazaala:  Thanks to Prince Pedophile of Qatar, the SAA turned over a brand new 23mm anti-aircraft machine gun cannon to militia in addition to a field artillery piece called a 90-B.  The dead
carcasses were all Jabhat Al-Nusra which has lost an estimated 14,000 killers since the start of the conflict.\
Of the 41 rodents dispatched to Satan’s Salon, these were the ones identified by MI:

The rest were foreigners.  No more details.

Al-Qinya Village:  An agricultural pick-up truck filled with ammunition exploded killing both rats inside it:

Daa’el:  The SAA clobbered the FSA at this town by first surrounding and then strangling a unit of roaches as they tried to move west toward the Golan.  These Jabhat Al-Nusra freaks were exterminated to the tune of 17 carcasses.  SAA also seized many weapons and turned them over to NDF.

It’s Spring Cleaning Time for the SAA.  A platoon of infantrymen scour the area of Al-‘Ibaada for smelly little rodents.

Daarayyaa:  At the Al-Shiyyaah Quarter and Al-Sukayna Shrine near the National Hospital, these remnant escapees were given coupons for the Inferno Express:

Also at Daarayyaa, SAA found a 500 meter-long tunnel loaded with weapons from Prince Fatso.  The tunnel was used to transport rats and their weapons between Sahnaayaa and Judaydat ‘Artooz.

Jawbar:  At the Athletic Club, Prince Fatso’s armory was looted by our SAA and all spoils turned over to militia.  2 rodents defended the armory and were rewarded with a swift kick in the pants straight down to Old Scratch:

Al-‘Ibaada:  Classic surround-and-snuff tactics pays off for SAA and our militias.  24 killed:

The rest could not be identified.

Douma:  a dispute between 2 rival terrorist rat gangs turned lethal as they fought over loot stolen from innocent Syrian civilians.  SANA reports that the 2 groups were called “Mu’aawiya Ibn Abi Sufyaan Brigades” (yawn) and the “Shield of Douma Brigade” (double yawn). Mu’aawiya is the first Omayyad Caliph and usurper of the title.  As the SAA arrived with militia back-up, they found 10 carcasses and 20 screaming rodents wounded.  Militia personnel wanted to let them die but the SAA followed procedure and took them prisoner for treatment and trial.  Of the dead was:

Barzeh:  8 rodents were roasted after a Sukhoi-25 scored a direct hit on their position and sent them to the Ron Popeil Roaster Oven in Mephisto’s kitchen.  No details.

Harasta:  The usual clean-up netted 3 foreign carcasses. They were cremated with their own phosphorus grenades.

YARMOUK CAMP:  PALESTINIANS ECSTATIC AFTER SAA AND MILITIA CLEAN UP THE AREA!!

A slimy little weasel can only listen as our army cleans up the Yarmouk Camp ahead of the much-expected Spring Offensive titled “Operation People’s Rage”!!

IDLIB:  MY, WHAT A MESS FOR THE FSA!!  They just can’t get anything done anymore.

Abu-Dhuhoor Airbase:  Cockroaches from the FSA tried to breach the southern wall of the airbase.  Wael says that the estimated number of enemy mercenary insects was about 400.  SAA called in helicopter support and decimated them.  It is hard to count or identify bodies in these areas close to the Turkish border.  However, Wael confirms that the SAA seized many weapons.  No details.

Al-Jaanoodiyya:  Rural Idlib.  SAA infantry swooped down on a safe house that had been cleaned out weeks before and killed the following rodents:

Hajj Hammood Farms:  3 rodents confirmed dead.  They were found with drugs on them.  No details.

Ma’arratmassreen:  FSA has lost over 1000 rats in this town.  Another 2 went down yesterday.  No details.

Qunaynaas:  4 skunks skidded down the Teflon chute to Hell.

HOMS:  Not much news out of Homs because there are far fewer rats.

Another 3 could not be identified.

Jawsiyya Projects:  11 killed. All came in originally from Lebanon.  Only 4 could be identified:

Al-Nizaariyya:  2 rats killed inside a warehouse concealing ammunition, machine guns and drugs.  All confiscated.  The 2 rats were not Syrians.

Al-‘Ain Al-Saakhina:  3 mice went for the cheese and slipped down the chute to Belial’s parlour:

Al-Qaraabees:  Big thanks again to Prince Fatso.  This time we got a whole crate of AK47s.  No details on rat fatalities.

In North-West Hama Governorate, Jabhat Al-Nusra paid its own way to the swamp in Hell.  An entire nest of rodents was extirpated:

NEWS AND PROPAGANDA FOR THOUGHT AND GUFFAWING, RESPECTIVELY:

Here’s one for the comedy channel.  The U.S. is thinking about arming the terrorists. Like, they have not been armed by Qatar and Saudi Arabia with the CIA facilitating the process? Go ahead, the SAA will have more arms that way to give to the NDF and militia.

If you read SyrPer, you’ll know what really happened at Al-Baydhaa:

Read this sloppy article from Daily Star and have a few laughs. See how many howlers you can find:

Here’s another for the comedy file.  Now a reporter is being held by AFI.  Not by terrorists. Yawn:

Another howler for you.  This one has more errors and hype than any seen in a long time.  SyrPer has people on the ground in the Tartous/Banyaas area and none have said anything remotely close to what that liar, Rami Abdul-Rahmaan, is saying about Al-Baydhaa. 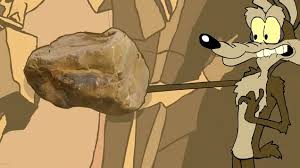 FYI; There’s more weaponizing on the way – bound to neighboring latitudes. Kraus-Maffei Wegmann (KMW) from Germany closed another $2.48 billion deal with Qatar – five years in the making – to deliver 62 Leopard 2 tanks and 24 self-propelled howitzers. Qatar is not exactly using them for the 2022 FIFA World Cup; they are bound to “friendly groups in other countries” – as in Syria’s “rebels”, via Turkey.
This via Pepe Escobar at Asia times Online, 2nd may 2013. Give the Syrian Air force notice of some juicy targets…

I’m a bit confused about the spelling of many Syrian places, is Hawran the same as Horan, Houran, Hauran?

Great post as usual, glad to hear Homs is nearly free, thanks! 🙂

I have the same problem with that. I hear different pronunciation from arabs and english. But the worst are the german names for those cities. 😀

another good day for the SAA. how much more are those salafis gonna take before they are all dead?

There is a crapload of them, I don’t think there is enough bullets for every one of these fools. YaZiad, I still don’t know how you do it!?I’m studying for my consortium state test & I have nowhere near your ability to produce as you do. An interpreter/translator, certified at the federal level too. Plus with all your other responsibilities you still churn out great work here. God bless you man. Al-Sham owes you a great debt for putting out the truth and countering the filthy psy-ops that are being carried out. The psy ops war is being carried out… Read more »

We all should sign a petition and send it to Mr. Assad so he honors Ziad for his great job on the propaganda front.

Could you update us with what you think ZATO strategy will be going forward? Would a war in Lebanon be a rational strategy of weakening Hezbollah and Syria? Would unrest in Jordan help the Zionists or hurt? Can the Kurds cause some trouble if they are paid enough?

Could you update us with what you think ZATO strategy will be going forward?

They will bring a religious dimension into this war. Destroy some very important Shia holy sites of which there a quite a few near The outskirts of Damascus. Hassan Nassarllah warned against this. This is what Israel wants, similar what happened in Iraq.

Is that the best they can do? In the meantime, the insurgents will have a tough time getting into the country as more and more entry points and roads are cut off.