This photo taken outside Barzeh shows our troops defending a family as other SAA infantrymen scour the countryside to find cannibal terrorist snipers.

The defeat of the FSA and NATO’s terrorists is most visible in Al-Qusayr, about which we will write in due course.  But the damage done to the terrorist cannibals is incontrovertible in Damascus:

Shifooniyya:  In the industrial zone, the SAA rained fire on terrified Salafist rodents and killed 12. Of those, only 2 were found carrying papers:

Al-Reehaan Farms:  Security forces uncover a network of hidden cameras manufactured in the Zionist Abomination and installed to monitor our troops’ movements.  No more!!  The cameras will be reverse engineered and used to monitor the Zionist cockroaches.  Also, thanks to PRINCE FATSO OF QATAR, SAA sappers dismantled 3 remote control IEDs and saved the C-4 for operations against Qatar itself.  Good show! Prince Porky!!

Al-Zabadaani:  This rat tried to escape to Lebanon but was prevented by alert militia who shot him in the neck.  He dropped Qatari weapons on the ground which were seized and immediately put to use for pest control.  His name?

Al-Nabak at the Al-Saqiy Quarter:  4 23mm machine guns and 2 cases of ammo were seized and immediately given to our militia for use against the cannibals.  No stats.

Jawbar:  At the Teachers’ Tower,  7 rodents were given the Red-Eye Express flight to the Old Smoker:

QAABOON:  THE BABOONS IN QAABOON GO DOWN LIKE LEMMINGS:  We can confirm 4 dead apes and 2 wounded without stats.

Yabrood:  An IED factory was uncovered.  12 TERRORISTS KILLED, ALL FROM FOREIGN NATIONS LIKE SAUDI ARABIA; AFGHANISTAN, TUNISIA AND LIBYA.  Weapons were seized in pristine condition and turned over to our militia.  MUCH THANKS TO PRINCE HOG OF QATAR.
Sadly, MI is not releasing the names of these vermin.

Harasta:  A group calling itself “The Shield of the Capital” (yawn) was apparently made of tin.  Close to the Al-Qaassimi Center the SAA killed all 8 of them.  Only one was identified by a local resident as:

‘Adraa:  Jabhat Al-Nusra was flushed down Satan’s bidet into their favorite cesspool.  We can confirm at least 17 dead rats.  It appears none were carrying papers.  All fall down.

THE ENTIRE AL-MISSTAAH AREA IS NOW CLEAR OF RODENTS.  THIS AREA NEAR BARZEH WAS ANNOUNCED RAT-FREE BY MOD YESTERDAY AFTER THE SAA KILLED 7 RODENTS WHO GOT TOO USED TO THE FRUITS AND NUTS OF THE REGION.  SO SAD.

These are orchards around Latakia to the north and along the coast.  Our soldiers are hunting for pests.

Kitf Al-Rummaan:  3 flies were swatted down on a hot spring day:

Al-Shamsiyya near Kinsibba in the far north near Turkish border:  SAA and militia spread these heaps of manure down on the orchards of this town:

Another 6 could not be identified and appeared Chechen or Turkish.  No details.

Al-Rubay’ah and Al-Sawdaa:  In a firefight, SAA killed the following foreign grubs belonging to the Jabhat Al-Nusra:

At this same site, we are proud to announce the departure of:  KATAA’EB AL-HIJRA ILAA ALLAH or,
“THE EMIGRATION TO ALLAH BRIGADES” (OH, YAWN).  It would be more felicitous to call itself the “FLIGHT DOWN TO SATAN GAGGLE” now that their stinking bodies are slowly rotting in our orchards:

Halfaayaa:  We must revisit this site to tell our readers than another 28 rodents were added to the list I gave you yesterday.  We must also include 10 IEDs and more machine guns seized.  Wow!  Our NDF is sure being well-equipped thanks to PRINCE FATSO OF QATAR.

The remaining vermin  are not detailed in the report.

HOMS:  I KNOW.  I KNOW.  WHY DID I WAIT TO THE END FOR THE MOST IMPORTANT BATTLE?  JUST BEING CANTANKEROUS, I GUESS:

AL-QUSSAYR:  Here’s the inside scoop from Wael and Monzer, not to mention Radwaan in Lebanon who is close to the situation in the north because his family lives in Seer Al-Dhinniyya:  The majority of terrorist scum has surrendered leaving mostly Jabhat Al-Nusra cannibals behind in 2 quarters.  The SAA has moved in from 4 axes and is wiping them out.  The orders are not to take Jabhat Al-Nusra prisoners unless they raise a white flag,  come out in the open and remove their shirts to insure they are not wearing suicide belts.  Absent that: the orders are to kill them without mercy.

This photo taken by a photographer accompanying the brilliant Al-‘Aalam reporter, Hussayn Murtadha, shows a SAA colonel instructing his field commanders on the methodology of exterminating rats in Al-Qussayr.  The battle is certain and so the results.  We just do not want to lose lives through negligence.

The Syrian government has agreed not to publish the names of terrorists who have surrendered; they have agreed not to allow film of their numbers surrendering to the SAA.  The reasons given for this are that their families in Lebanon with the refugees could be targeted for retribution by the FSA goons.  The Syrian government has agreed and I cannot present you with anything other than this scoop:  800 FSA vermin turned themselves over to the SAA in exchange for a promise to process their cases “fairly”.  The only other issue which was a sticking point was the demand that “deserters” be treated the same.  The MoD refused but only promised that their cases would be taken up by the military courts according to the Syrian equivalent of the Code of Military Justice.  Summary executions of deserters were specifically outlawed by order of the Chief of Staff.

The Syrian army has now invaded the Athletic Quarter in the center of the city and is moving quickly into the northern neighborhoods.  Fighting is heavy.  The J.N. cannibals have been given their extreme unction as they prepare to meet SATAN in HELL!!

Tajammu’ Al-Madaares, Haarat Bayt Ramzoon and Al-Kaneesa, all in the Al-Qussayr area have been cleared of rodents.  Huge stores of weapons were seized as most rat traitors surrendered and gave Intel to our troops.  Thanks to Prince Fatso, our militias have been enriched by over ONE MILLION DOLLARS WORTH OF WEAPONS WHICH THE NATO TERRORIST-ENABLERS THOUGHT WOULD BE A SUFFICIENT STASH TO KEEP THEIR HEROES ALIVE THROUGH THE SUMMER.  Well, it’s all over now.

Talaf:  A foreign rat pack was exterminated in this little town which is now under the control of local NDF forces.  3 foreign goons were sent to Hades:

Al-Ghassaaniyya:  This town was targeted by FSA artillery yesterday as an announced way of “relieving pressure on our troops in Al-Qussayr“.  Wow.  That makes a lot of sense since the town is abandoned and all SAA forces have left it in order to eradicate the plague in Al-Qussayr itself.  SyrPer believes that the artillery barrage was a way of trying to boost the degraded morale of the rodents whose fate is now sealed as 40,000 SAA troops ring the town and strangle its remaining plague-carrying pests.

DER’AH:  An attack on 2 SAA checkpoints met with the usual disastrous results.  At the Athletic Club and Al-Suwaydaan St. near the Al-‘Umari Mosque, 7 rats on motorcycles were sent on the Grand Prix to Mephistopheles courtesy of the SAA.  Weapons were immediately seized and given to militia.  The dead vermin were members of “Liwaa’ Tawheed Al-Janoob” (or Unification of the South Brigade, yawn) and “Liwaa’ Shuhadaa’ Al-Janoob” (or Martyrs of the South Brigade, double-yawn).  All those killed were non-Syrian bearded trolls.

IDLIB:  SAA killed over 100 rats in this governorate in 2 days.  I have some stats for you which I’ll publish tomorrow.  It’s hard to get names because the areas over which the fighting is taking place are near the Turkish border and very few of our soldiers are allowed to expose themselves to sniper fire just to provide SyrPer with statistics.  We’ll accept that.  ZAF

You can detect clearly the desperation of the traitors in this article as they make up massacres:

We don’t think anything will come of the Geneva 2 Conference.  But, it makes Lavrov happy..and I guess…that’s okay.  But no talking to terrorists:

Get this made up story from this truly suspicious media source.  It’s all about non-existent oil:

As you all know by now, SyrPer is opposed to any negotiations with the Devil.  But this Al-‘Arabiyya travesty is worth reading for its comic content:

Bjorn sends this article in German about how it’s just better to have the Devil you know that the unknown variety.  Zum Teufel mit Israel!!

Thanks to Nima for this tape: 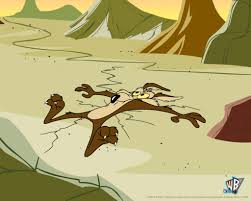 The sweetest part about the recent dramatic victories achieved by the SAA is the accompanying destruction of the NATO/Zionist/Saudi/Qatari/Erdogan story line, and media spin. No longer does anyone actually believe these terrorists are some oppressed group of freedom fighters, or founding fathers, fighting some autocratic tyrannical oppressive system…it’s all coming into clearer focus, and the spin doctors can’t keep up. Now the trite bleetings of the media that “Assad is ……… his own people” is sounding so ridiculous…and grating, even nueasiating. What is clear is that Russia knows how to handle foreign affairs much better than the idiots in the… Read more »

Any piece of shit article coming out Jordan is not worth the kilobytes of ram.

One of the most experienced war correspondent of our world Robert Fisk: “The media live in a fantasy world.” http://www.youtube.com/watch?v=BLQb_QVvKwA Do you want to live in a fantasy world? Who owns Reuters? Not the banksters as the biggest profiteers of imperialism and wars, because they are providing the war loans, the reconstruction loans, the exploitation loans, call it “investments”, collect the interest from the taxpayers governments and who controls the debt, controls everything, as you can easily imagine yourself? Vice Chairman of European Unit and Senior Advisor of Rothschild Group worldwide, N M Rothschild & Sons Limited, Director Reuters Founders… Read more »