Residents of the Aleppan town of Al-Waaha demonstrate their support for the great Syrian Army and for its sacrifices for their sake.

Al-Layramoon:  SAA and NDF forces surrounded and eliminated a large group of terrorists belonging to Jabhat Al-Nusra.  The SAA is on very high alert after the kidnapping of 2 prominent Christian bishops by the terrorists of Jabhat Al-Nusra and the Fake Syrian Army.  Wael sends this report confirming the deaths of 16 rodents, only 4 of whom were Syrian.  The rest are believed to be a mixed bag of apes and rats from Chechenya, Tunisia and Libya:

LATAKIA: SAUDIS, EGYPTIANS AND TUNISIANS SENT TO THE FIERY CORNERS OF HELL BY SAA IN SEVERAL VILLAGES OUTSIDE LATAKIA.  BRILLIANT OPERATION NETS PLAGUE-CARRYING FILTH FROM ARABIA; NINE SAUDIS KILLED, A RECORD FOR ONE DAY

The stinking Wahhabist vermin lie in wait for the truck to take them to the anatomy lab at the Tishreen University Veterinary School in Latakia.

At the following villages in rural Latakia to the north, close to the area of Turkish-occupied Syria:

All 9 Saudi Arabian apes were:

12 others could not be identified.

This is what’s left of the simian excrement, “Abu Hamza Al-Tunisi” (id pending) after he received a well-deserved piece of shrapnel right in his ape-noggin.  Good bye!  Enjoy dinner with Mephisto!

A rat war that lasted 2 days between the “Hudhayfa Ibn Al-Yamaan Brigade” (yawn) and “Ahraar Al-Shaam” (double-yawn) for the leadership of the “Shari’ah High Committee” (triple yawn) resulted in the death of 16 rats.  According to Wael, his friends heard that when SAA infantry arrived after being alerted by citizens, their commander ordered them to do nothing but snipe.  Wael claims that 6 of the dead rats went down because of SAA snipers.

Waadi Barada:  2 rat packs fought it out over loot and wound up using mortars and RPGs against one another.  Of the 12 killed, only these two were identified positively;

In a penultimate assault on rodent concentrations in the Damascus countryside, SAA wiped out an entire battalion of rodents at JUDAYDAT AL-FAADHEL.  We can confirm the death of these skunks:

Daarayaa:  At the Al-Sukayna Shrine, 7 rodents bit the dust and were swept up by the Grim Reaper.

Al-Shiyyaah area near the Al-Foum Roundabout, SAA killed this rodent from the “Descendants of the Messenger of God Brigades” (yawn):

Other than some explosion in Shaaghoor in the city, no real news.  Apparently the rats have taken to flight.

ALL VILLAGES WEST OF THE ASSI RIVER ARE NOW RAT-FREE!! All Jabhat Al-Nusra snakes, cockroaches, reptiles, rats and apes are gone.

Homs City:  A sophisticated camera and equipment to manufacture missiles were unearthed by security today inside the northern part of the Episcopalian Center for the Aged.  Security also found IEDs.  Big score for our government.

Hayy Al-Waawiyyaat:  A tunnel built in the direction of Jubb Al-Jandali used to store ammunition and weapons was destroyed completely.

Northwest Al-Nufoos in the Baab Hood area, a safe house filled with rats was put to the torch with a confirmed 10 dead.  4 were wounded and taken prisoner.  No names.

Khitmallu east of Homs near Jubb Al-Jarraah:  Dumb apes trying to arm a car with C-4 went into the cosmos as vapor when the ordnance exploded unexpectedly.  Everybody inside was killed.  Wael tells me the scene was particularly gruesome because the bodies were blown apart.

Haalaat:  Another botched effort to infiltrate from Lebanon went awry when the sneaky rodents found 300 well-equipped militia waiting in the countryside for them after being alerted to their exact locations.  The actual confirmed dead are 12.  Their bodies are decomposing as I write.  The other rats went back to the comfort and safety of the Lebanon.

IDLIB:  The campaign continues in earnest.  I’m beginning to worry about our soldier’s being able to withstand the pressure of unending combat. Confirmed battles being now at the following:

Wael and Monzer cannot get details from this area.  The fighting is too intense and even SANA reporters are heavilty restricted now.

LEBANON:  Lebanese Army units stopped and confiscated a huge cache of arms heading for Syria at the town of Al-Labwa near Ba’albakk.

IRAQ:  Our Iraqi brothers, not to be outdone by Lebanese hacks, captured 48 rodents trying to sneak weapons across into Syria. This is a major operation for the Iraqi armed forces. We are grateful to them.

GLOBAL PROPAGANDA AND SOME NEWS:

Do you think these people read Syrian Perspective?

Gosh, I hope it’s true. I really think that gassing rats is a good way to get rid of them.  But, I guess it’s probably not true.  More Zionist and Right-Wing Maronite hooey.

Didn’t Aslan tell us so about 8 months ago?  I really think Erdoghan will live to see a natural end to this stinking life.  Go for it:

I think the kidnapping of the Christian bishops is either a CIA plan to make the FSA look good or it’s just another J.N. atrocity.  I hope these good men will come out of this alive. They were taken by Chechen rats :

If you are interested in the Lebanese conference in Damascus with Dr. Assad: 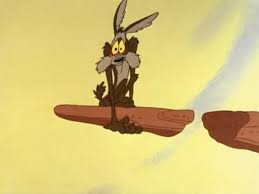 according to the EU hunderds of ‘Europeans’ are fighting in Syria. About 500 of them. I hope they all will meet their death in Syria and that the Salafist scum will be utterly annihilated!!

In what is an act that I consider to have been carried out under pressure from their true masters. The criminals in Syria have released the two clergymen. The CIA must’ve realized that with the Boston bombings that the last thing these criminals want to do is foster any more animosity and bad press coverage. Yes, these guys ARE that stupid.
Ibn al Shaddai

Ziad, you seen this?

This is definitely not shown on any official textbooks in schools lol.

On a serious note, The way they spinned the 2nd WW, they’ll do the same to same to Syria and Iran.

would you mind leaving your antisemitic propaganda out of here, please, as this is not the point?

I haven’t even mentioned Jews ( who mostly aren’t Semites, more like Ashkenazis.

Nothing stops the truth.

For too long elements of oppression in the west have been able to monopolize the truth. Murdering and killing by way of disinformation for far too long. It, the truth was a victim in the dismemberment of Yugoslavia, Iraq, Cuba, North Korea and Lybia. What crime did these countries commit? They decided to be truly independent and sovereign. We the good people of the world have been lied to. They lied to US!! We can no longer abide by this my bretheren, we must stand up. Believe me the call has been heard. The people are waking from the darkness… Read more »